Originally, CASARA Yukon started out as The Whitehorse Flying Club. This club eventually evolved and became CASARA Yukon, joining the National CASARA (Civil Air Search And Rescue Association) association in 1987. This was one year after CASARA National officially formed, making it an early addition in the northern area of Canada for SAR (Search and Rescue) coverage.

CASARA Yukon has 25+ dedicated members at all times available to conduct searches across the 482,443 km2 of land territory, covering a wide range of terrains such as mountain ranges, river valleys, and etc. 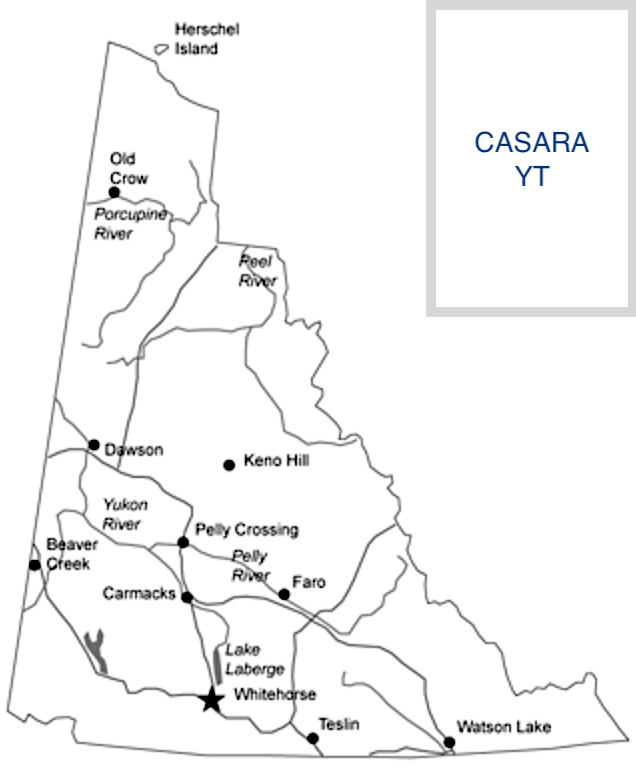 At CASARA Yukon we are a small group of dedicated volunteers as part of the northern SAR community, but are vital in contributing successful seaches in primarily the southern Yukon and northwestern BC area. This means CASARA Yukon averages 2 classroom and 2 training missions per month to keep our members prepared and ready for tasked searches on any occasion.

We are also capable of extending our search area to include the northern Yukon area when called upon. This means that we are always ready to accept taskings from the JRCC (Joint Rescue Coordination Center) and the RCMP (Royal Canadian Mountain Police) if requested.

CASARA Yukon has been providing SAR volunteers in service since 1987 and will continue to do so moving forward into the future so...

"That Others May Live"

The Civil Air Search and Rescue Association (CASARA) will continue to evolve and support the Canadian Search and Rescue (SAR) and Aviation Safety Programs through leadership, continuous training of its volunteers and education of the general aviation community.

SmartPilot is an aviation website developed by CASARA to enhance flight safety in Canada, with support from the National Search and Rescue Secretariat.

SmartPilot will provide a rich resource of interesting and informative articles, videos and interactive programming to help inform pilots about how to be safer in the air.